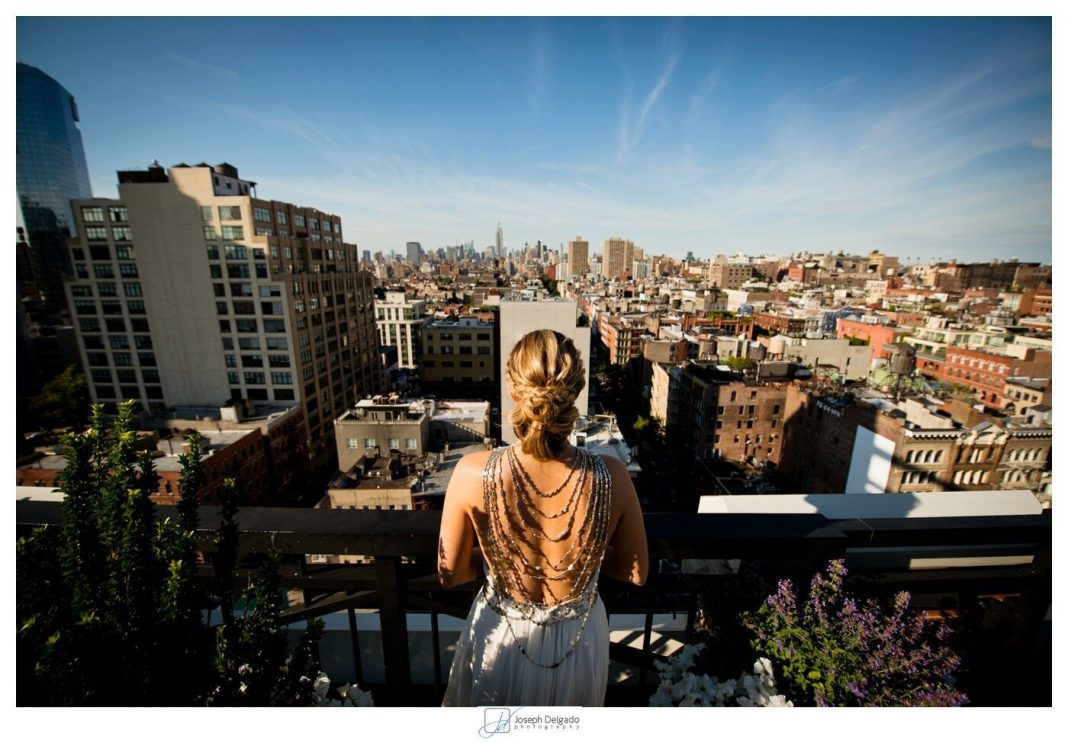 Soho is one of the best neighborhoods in New York City with tons of high-end shopping, art galleries, and dining nearby. The Soho Grand is particularly close to several wedding venues, such as City Winery, Capitale and the Tribeca Rooftop, but it also has beautiful venue spaces within the hotel. It’s also a pet friendly hotel and they have great bars both indoors and outdoors.

Why we know you’ll love it?

Aside from how stylish the hotel is, it has beautiful guest rooms. The hotel guest rooms and suites have been newly renovated to continue the narrative of Soho and its rich history, blending design elements from the mid-century to late Seventies. Bedside USB charge ports, electronic blackout shades and a 65” Smart TV with streaming capabilities epitomize modern convenience.  They also have stunning suites including the celebrated Terrace Suites and Penthouse Lofts which are beautiful to stay in but also to host an event in.

Why this hotel stands out?

A luxury boutique hotel, the Soho Grand Hotel is all about style. They were one of the first hotels in New York City to put a DJ in their lobby making it an instant spot to be seen. They’ve hosted a variety of runway shows, cinema screenings, etc. and when you walk through the hotel lobby, that history stands out. It’s unlike any other hotel with a unique style, swanky parlor and panoramic views of the New York City skyline.

Ready to book your New York City room block?
Many hotels have reopened or will be soon so we’re able to book the wedding room blocks for your big day.